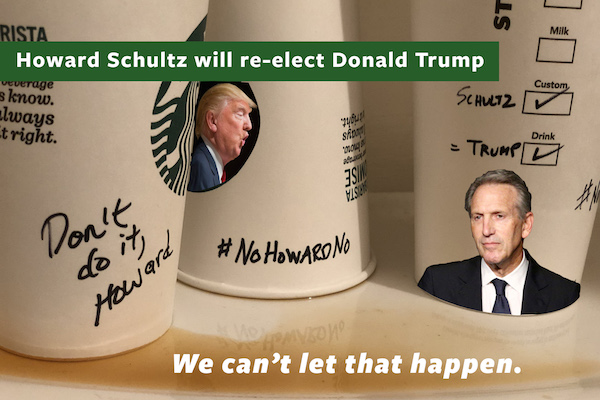 You haven’t heard from us in awhile, but I’m back to report some good news. In 2016 we fought the powers that be to end superdelegate voting dominance over the rest of us, and now we have won 90% of what we were fighting for! This is something we should all feel great about.

We didn’t abolish superdelegates – but last month it was decided that undemocratic, non-elected superdelegates will no longer vote in the first round of voting at the convention, which is when all modern conventions have made their decisions.

This was due to the desire on the part of the Democratic Party to unify after the divisions over the Clinton and Sanders candidacies, but it would not have happened without huge pressure from the grassroots, including you. At the Democratic convention, I personally represented over 125,000 people who put their names to the petition to abolish superdelegates. They listened, and we won.

Politics is messy and we rarely get a 100% victory — but this was far more victory than defeat.

On to the next battle. We are joining the fight to #StopKavanaugh, a radical right wing judge that was chosen by Trump for the Supreme Court to dismantle the Affordable Care Act, Roe v. Wade, and many of our progressive ideals.

Susan Collins is the key swing vote in the Senate. Supposedly moderate, she refuses to say whether she will oppose this nomination despite Kavanaugh’s horrible legislative track record, and his horrible record as a human being.

How can we get her attention? We’re partnering with brave health care activist Ady Barkan and his Be a Hero campaign and Maine People’s Alliance and Mainers for Accountable Leadership to hold Susan Collins accountable for her vote.

Pledge $20.20 today to her future Democratic opponent… IF Susan Collins refuses to stand up for us and vote No on Kavanaugh.

Your pledge will only be processed if she votes yes on Kavanaugh’s nomination. We’ve raised nearly $1.5 million dollars, and Susan Collins is getting scared. She gave an exclusive interview to right wing rag Newsmax, complaining that this is a “bribe”.

This isn’t a bribe… it’s a promise. If you refuse to do the right thing, we’ll replace you in 2020 with someone who will. And we’re making a down payment on that promise today.

The president and founder of Progressive Kick is on sabbatical, so we’ve put the site into suspended animation. Thanks for visiting!