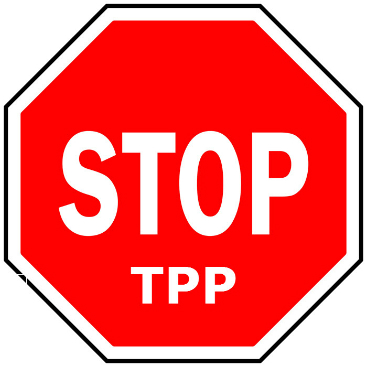 As progressive democrats, we have a lot to thank Bernie Sanders for, including some positive changes to the Democratic Party’s 2016 platform.

The platform includes a call for an end to the death penalty, a $15 minimum wage, banking reform, broad marijuana law reform, and elimination of tax breaks for Big Oil.

Sign the petition and tell the DNC: Oppose the TPP. Block a vote in Congress.

But what does the platform say about the Trans-Pacific Partnership (TPP) trade deal?

This past weekend in Orlando, the platform committee agreed to language that said they would oppose “trade agreements that do not support good American jobs.”

Sanders and Clinton both oppose the TPP. So does virtually every labor union, environmental group, and even major religious groups.

The Democratic Party platform should join Bernie Sanders and Hillary Clinton in opposing the TPP and in rejecting a vote on the TPP in Congress.

Bernie Sanders has been pushing for an amendment that says, “It is the policy of the Democratic Party that the Trans-Pacific Partnership must not get a vote in this Congress or in future sessions of Congress.”

The TPP trade deal is a bad deal for Americans. Among other things, it threatens the protection of workers and the environment, and would limit access to critically needed prescription drugs.

The Democratic Party must go on record in opposition to holding a vote on the TPP during the lame duck session of Congress and beyond.

Sign the petition to tell the DNC: Oppose the TPP. Block a vote in Congress.

In just two weeks, the Democratic National Convention will gather and vote to ratify or modify the party platform. Let’s show our support for Bernie’s hard work by sending a strong message to the DNC.