The Maine Democratic Party recently voted to abolish the influence of superdelegates. Now, other states are clamoring to follow their lead.

Ultimately, to truly restore one person, one vote to our nomination process, the DNC needs to change the rules. 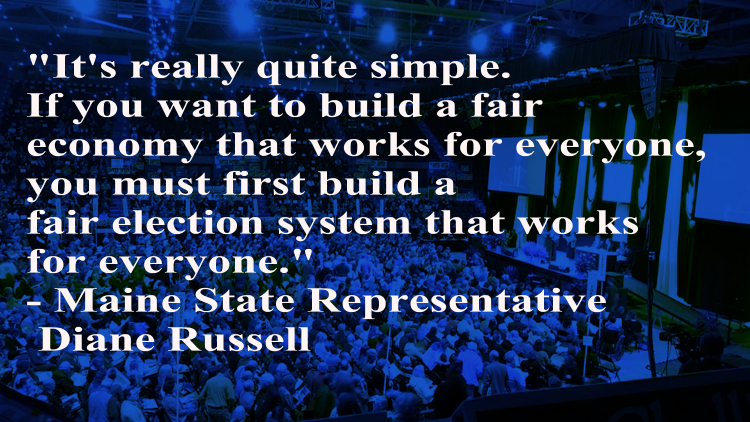 The sponsor of the rule change in Maine, Representative Diane Russell, stated, “The reason that I have put this in is we have heard from people all across the state about how frustrated they are that you can actually have a popular vote where 63 percent of the delegates go to one candidate, and yet superdelegates are not voting in proportion to that.”

The new Maine rules mean Superdelegate presidential preferences will be allocated in the same proportion as voter preferences. The change will take effect in 2020.

If enough states make this change at their state conventions, the DNC will be forced to pay attention. But, change won’t happen unless people make our voices heard.

Maine Representative Diane Russell, sponsor of the rule change, and a Bernie Sanders delegate to the Democratic National Convention will be delivering the signatures. Please sign and share.

Recently, Bernie Sanders challenged the Democratic Party establishment with the following question, “Are we on the side of working people or big-money interests?”

Sign Now if you agree with Bernie; What do we stand for? Let’s start with one person, one vote!

Regular or “pledged” delegates are split according to popular vote, honoring one person, one vote. Superdelegates – with their “superpower” votes – exemplify the failure of Democratic leadership to stand up for fairness and equality. Superdelegates can vote for anybody they choose – ignoring the will of the people which undermines a basic tenet of our democracy: one person, one vote.

We deserve a fair nomination process, where every vote is meaningful. No one’s vote should count any more – or any less – than someone else’s.

The CEO of the Democratic National Convention Committee, Rev. Leah D. Daughtry, in a Facebook post a few days ago invited our feedback:

The convention CEO plans on “opening up the Convention process, and engaging with more people than ever before.”

Let’s engage! Sign the petition and we’ll deliver it!

Sign Now if you agree with Bernie; What do we stand for? Let’s start with one person, one vote!

But, she doesn’t. Not even close.

The DNC Chair serves at the “pleasure of the President.” The President should no longer be pleased.

Wasserman Schultz has used her role as DNC Chair to 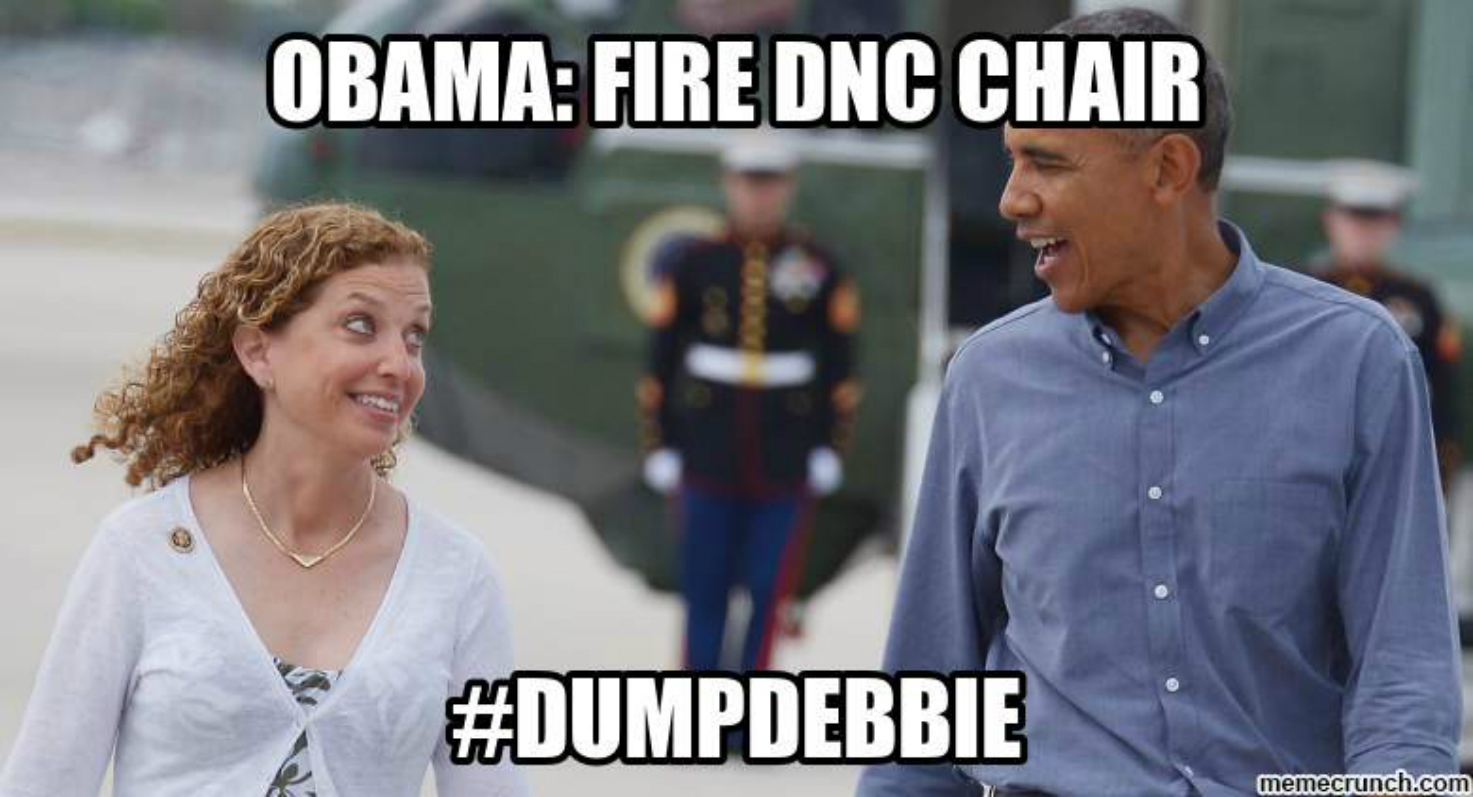 try and minimize competition for her candidate, Hillary Clinton.[i] She attempted to schedule very few debates at times of low TV viewing[ii] and has been accused of questionable fundraising arrangements with Hillary Clinton.[iii]

We expect better from our DNC Chairwoman. When Sanders supporters attempted to persuade their superdelegates to support the candidate who had won their state’s popular vote, Wasserman Schultz scolded them for “using tactics that border on harassment, that feel like stalking.”[iv] She has referred to young female Sanders supporters of “complacency” because they were born after Roe V. Wade.[v]

As a congresswoman, Wasserman-Schultz is a member of the “New Democrat Coalition” — lawmakers who take progressive stands on social issues, but are sympathetic to GOP economic policies.[vi] One stunning example is her co-sponsorship of a bill that would gut the Consumer Financial Protection Bureau’s (CFPB) payday loan regulations.[vii]

Much of the payday loan industry are economic vampires, sucking the financial lifeblood of poor communities with usurious interest rates. The regulations aim to shield families from predatory lending.

The CFPB, created by Senator Elizabeth Warren, is accustomed to attacks by the GOP and corporate democrats who are longtime recipients of campaign contributions from the payday loan industry. And now the industry has a new ally – DNC Chair Debbie Wasserman Schultz.

Thank you for joining us in telling President Obama to choose a DNC Chair who speaks for us,